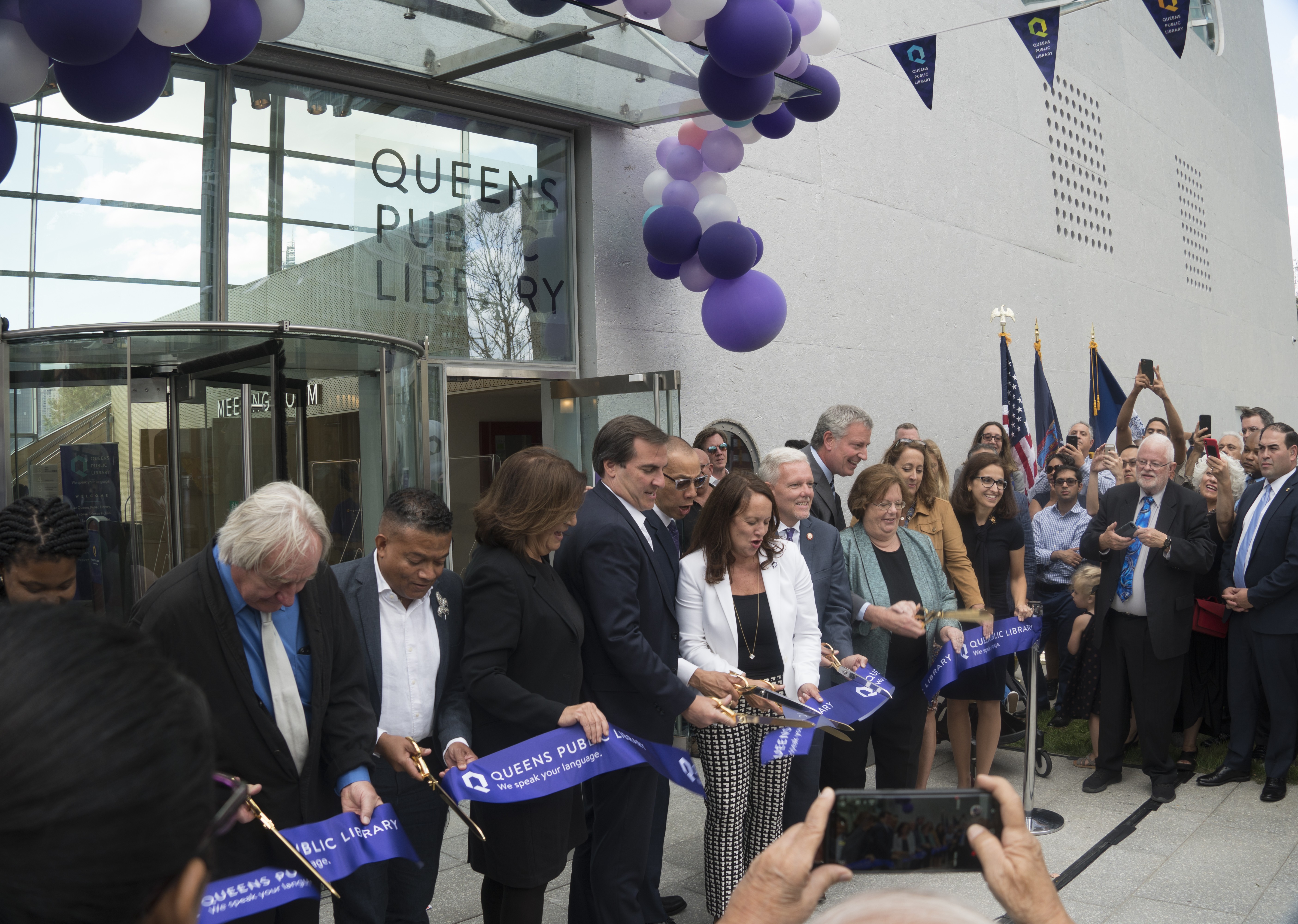 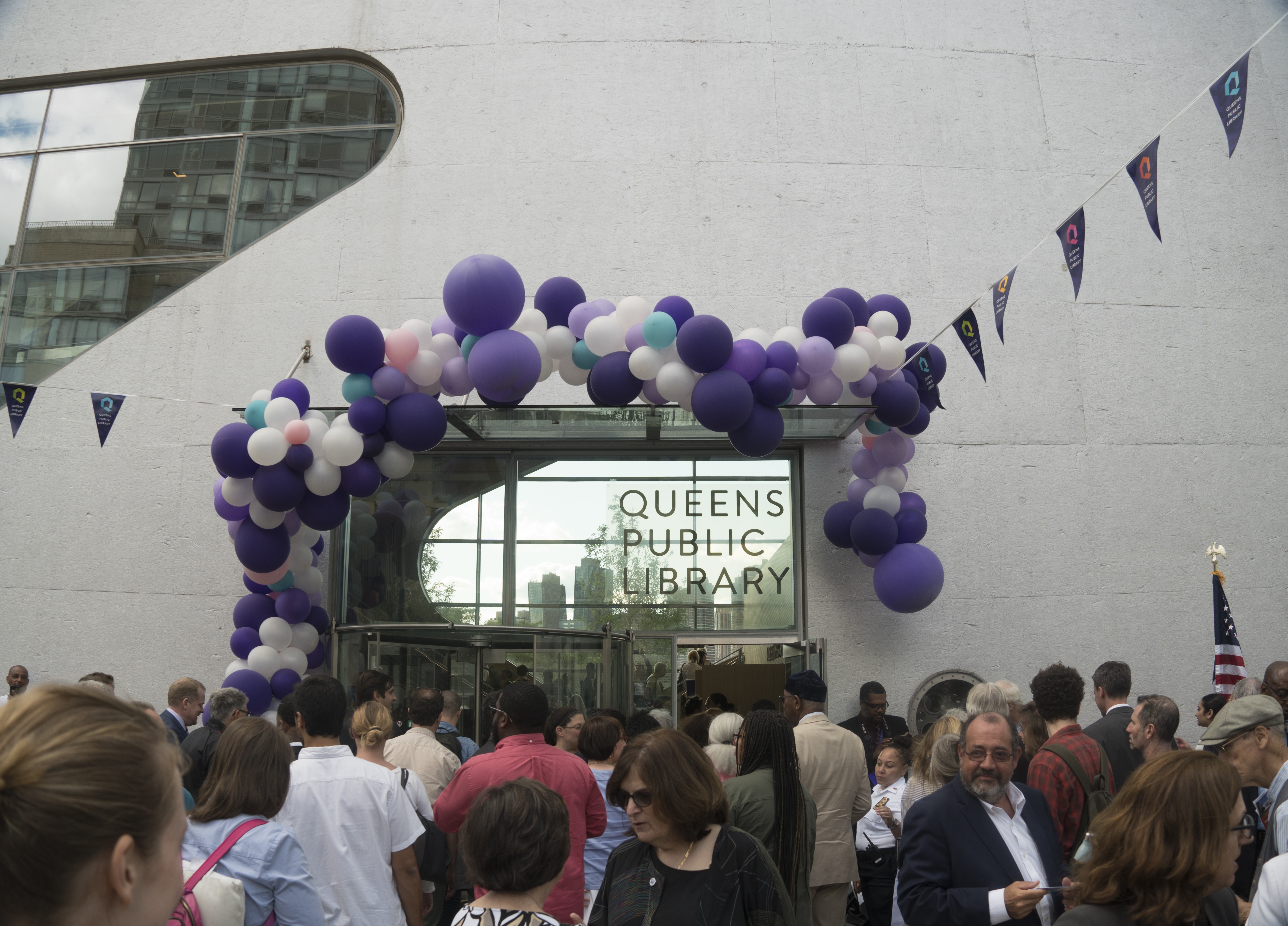 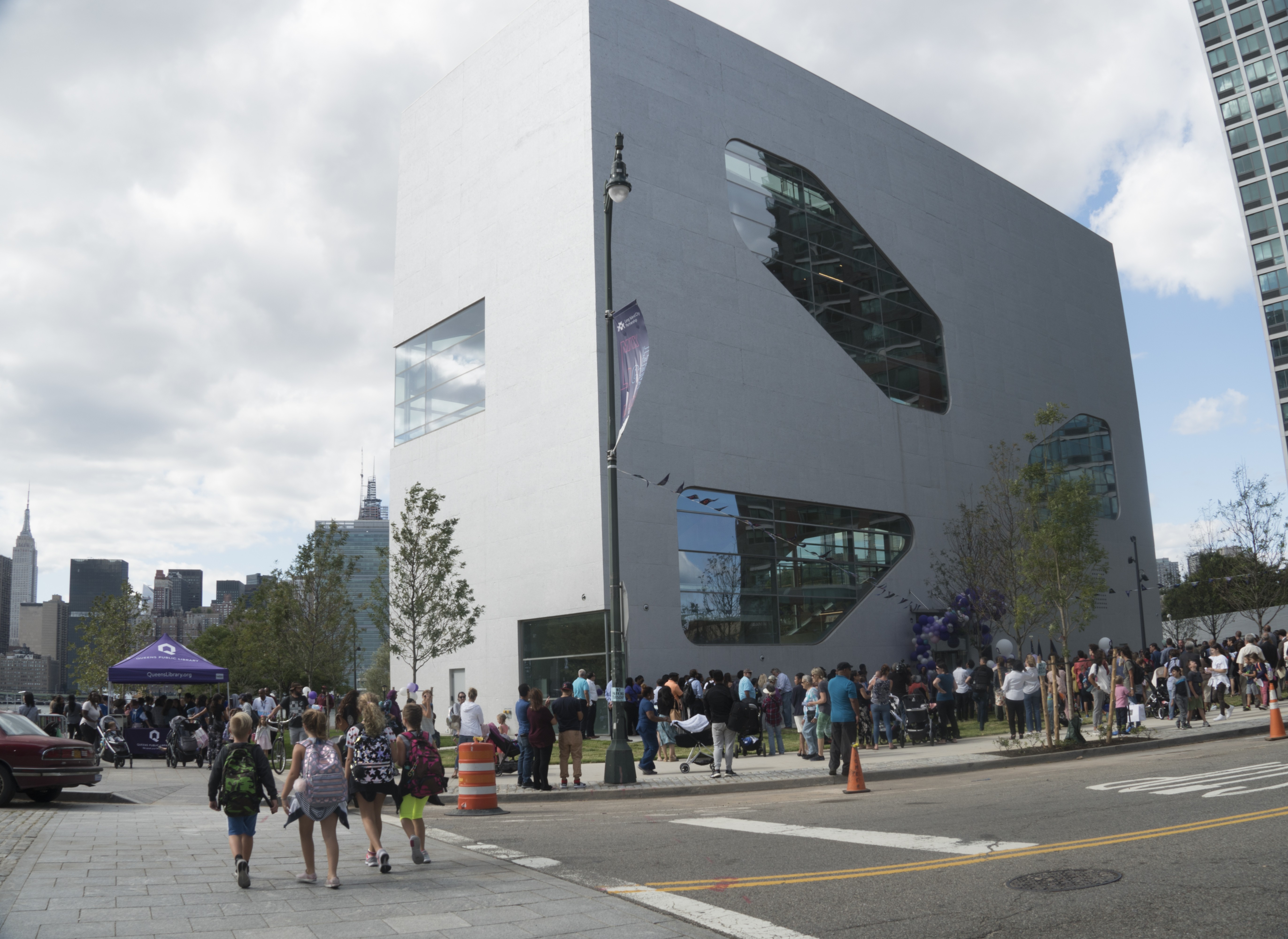 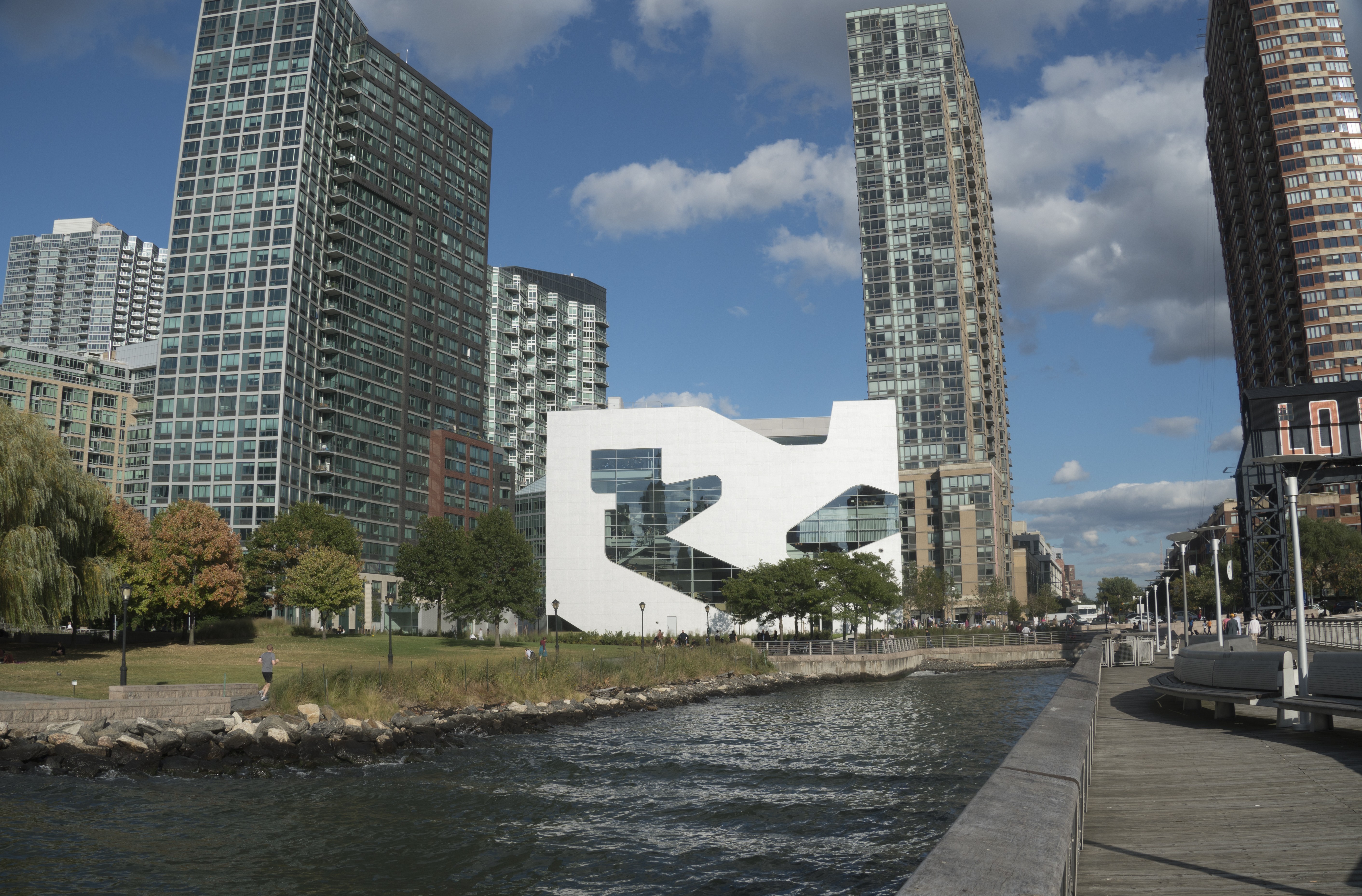 Resisting recent trends of incorporating public libraries and much-needed social space within high-end residential towers, the Hunters Point Library stands independently, rising with a minimal footprint on its 32,000 square foot site to offer maximum surrounding green space to the local community and becoming an integrated part of the vibrant public park that lines the river’s edge.

“It is an honor to imagine and realize this community library, a free open public building where people can interact across generations. We hope it is a gift to this great city and its future children,” said Steven Holl.

The New York Times architecture critic Michael Kimmelman recently named the library, “among the finest and most uplifting public buildings New York has produced so far this century.” He added, “for a growing, diverse community, the whole project is an instant boon and a locus of neighborhood pride for Long Island City.”

The concrete structure of the building is exposed and aluminum painted, giving the exterior a subtle sparkle. Inside, warm bamboo creates an inviting social space, open to the community and offering engaging spaces for all ages. Natural light enters through the large windows from all sides, animating the space and providing views of the river.

The golden-section upturned rectangle is carved out according to the browsing circuit of movement within the interior of library. The glazed cuts in the facade grant users views toward the city as they move up a series of bookshelf flanked stairs. The main Manhattan view, perpendicular to the internal movement of the library, gives visitors to this small space a dramatic experience.

The program's separation into children's area, teen area and adult area can be read in the sculpted cuts of the east face of the building, one facade opening for each area; yet the programmatic divisions are fluid. While the plan is compact, the building section of the new library is open and flowing to allow for the most energy-efficient design and the greatest amount of public green space on the site.

On the east entrance side, the library faces a reading garden bordered by a low park office pavilion with a bosque of ginkgo trees.

Ascending the stair inside, visitors can reach the rooftop reading garden with panoramic views of the city. At night the glowing presence of the new library along the waterfront joins the Pepsi sign and the "Long Island" sign at the old Gantry to become a beacon for this new community place.