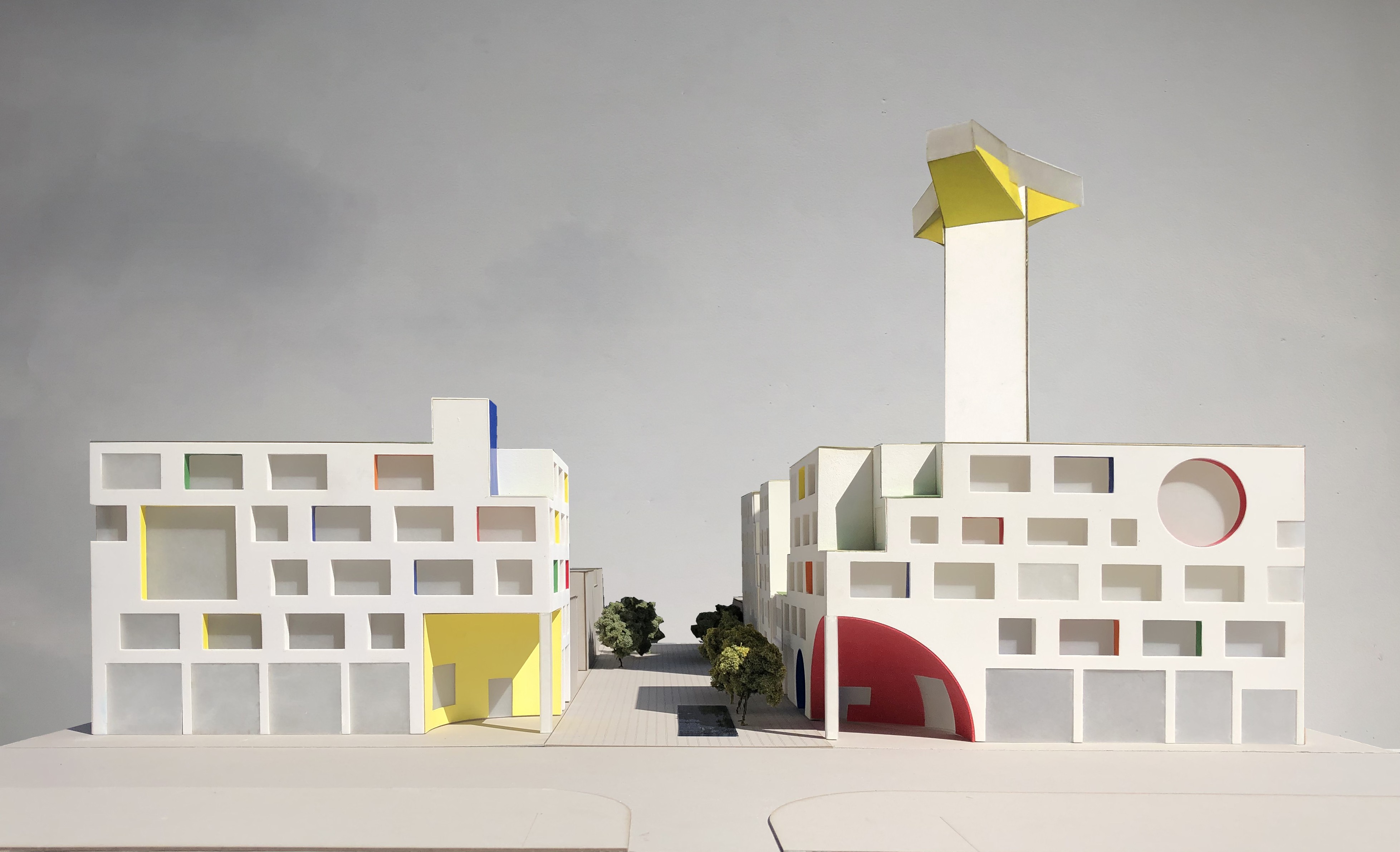 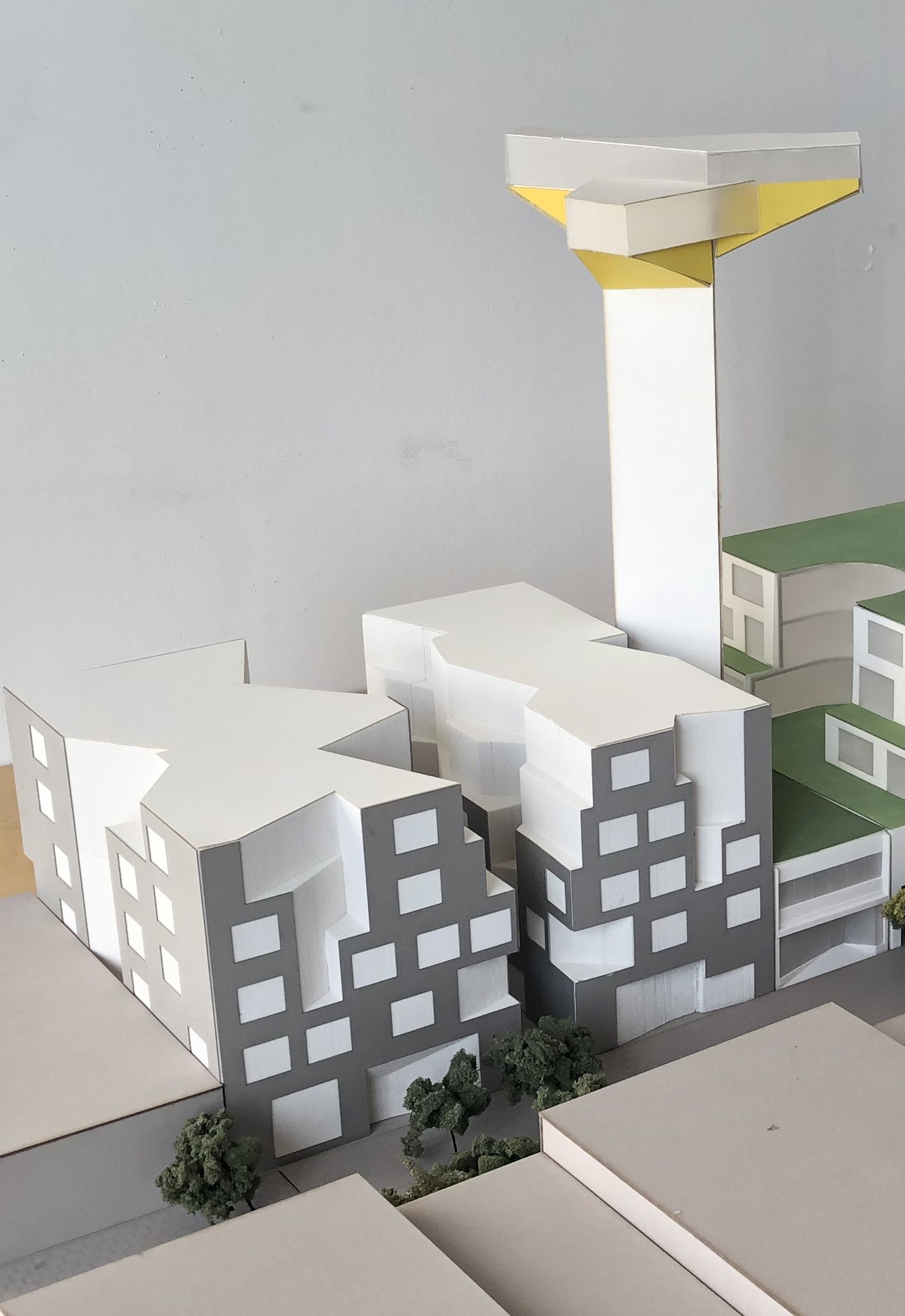 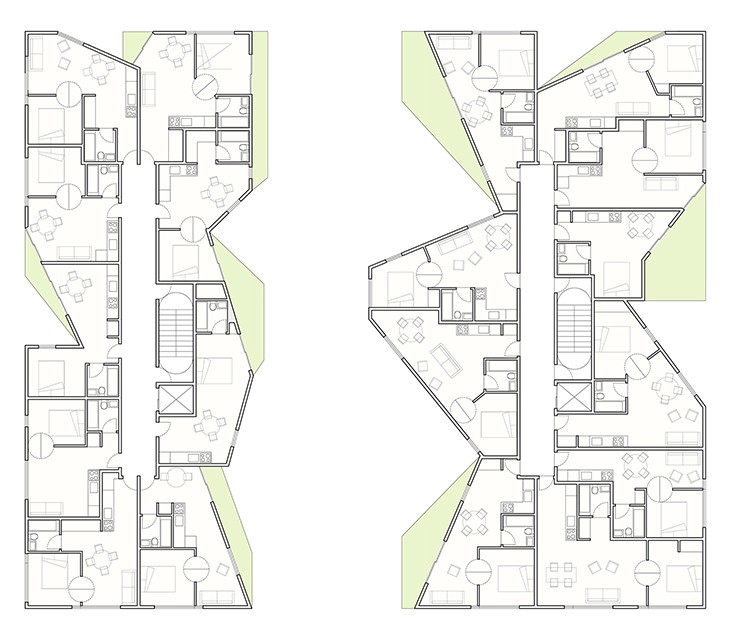 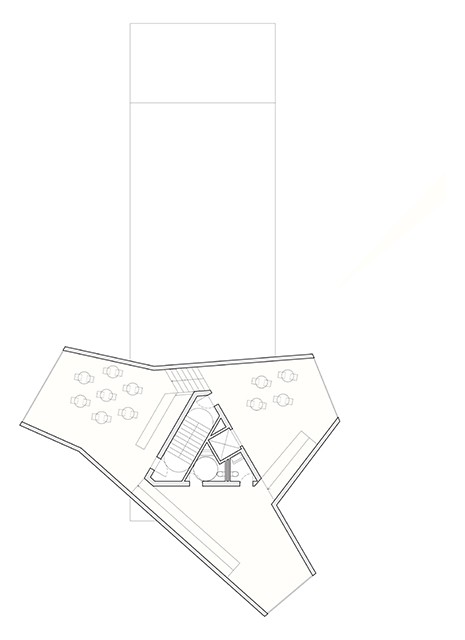 Urbanism: To emphasize the entrance to Quincy Jones Square, two buildings are carved with two-story open porticos of public space. All five buildings, totaling 152,000 square feet in area, reinforce the urban morphology. At the core of Bremerton, this space of pedestrian quality with living areas above street level commercial space is an ideal example of a living and working community for the 21st century.

Scale: We propose an economical construction of wood over one-story of concrete, setting a height limit of 65 feet by code. This scale provides ideal sunlight and human scale to the whole urban ensemble.

Ecology: Ecologically, we aim for geothermal heating and cooling via radiant floors – green roofs and ecological building materials will make the project a green example.

Campanile: A vertical iconic marker of Quincy Jones Square is the tri-tower campanile observatory, whose shape marks the three main views: 1) Olympic Mountains 2) Mount Rainier and 3) Seattle. We imagine this to be a destination bar and café with an orientation point museum at its existing building base.

As a gift to the city of Bremerton, where Steven Holl was born in 1947, we aim to make this an inspiring destination an economic success. It is an example of urban excellence for the 21st century.