On view at Galleria Antonia Jannone in Milan, Italy from April 18 to June 3, 2018, ONE TWO FIVE is an exhibition of paintings, sculpture and architecture created by and selected by Steven Holl.

A new sculpture “one two five” cut from 21 million year old Lecce stone, provided by Pimar, in two sections of five parts reflects on the two basic types of sculpture; subtractive and additive. Space between is the focus.

Three large original watercolors are from the 1986 Porta Vittoria projects first shown at the Milan’s Triennale and later in The Museum of Modern Art in 1989; and four watercolors from Paris Tolbiac competition 1989, never shown before.

A selection of paintings from the last decade includes the expansion of the Kennedy Center in Washington DC, the Virginia Institute of Contemporary Art, Richmond VA and the Lewis Center for the Arts in Princeton.

Watercolors of carpet designs and prototype mockups for Maggie’s Centre Barts which opened in London in 2017 are also included. A limited signed edition of the set of “A” chairs from 1980 has been made for this exhibition. 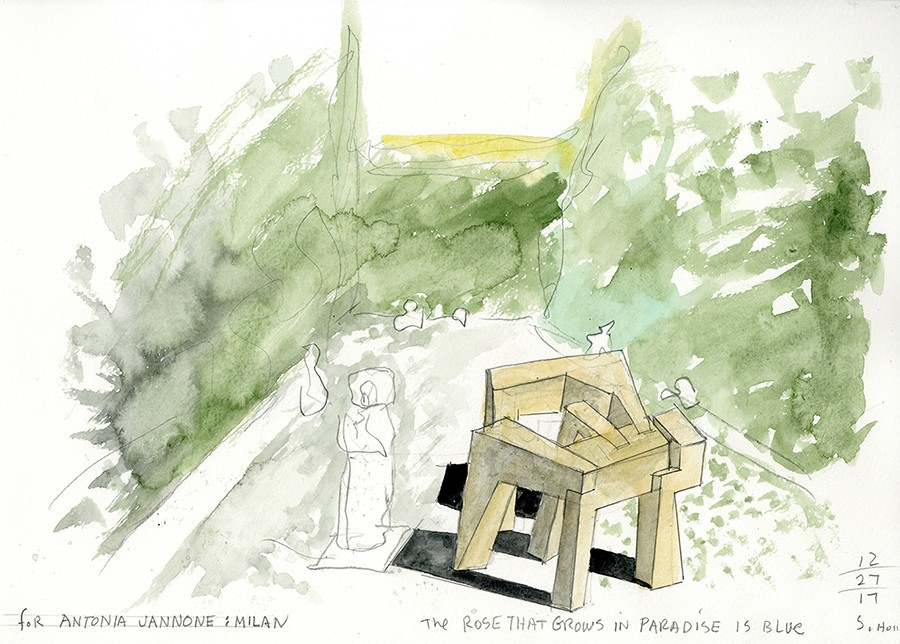 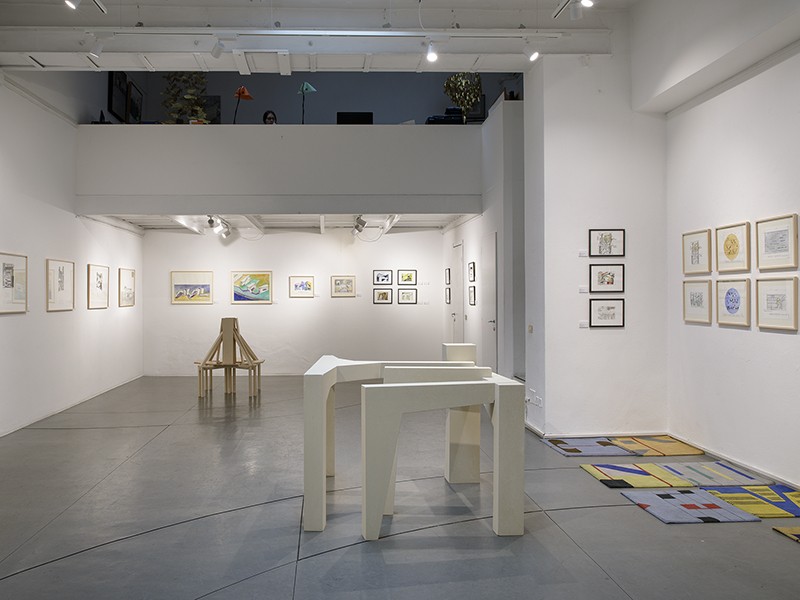 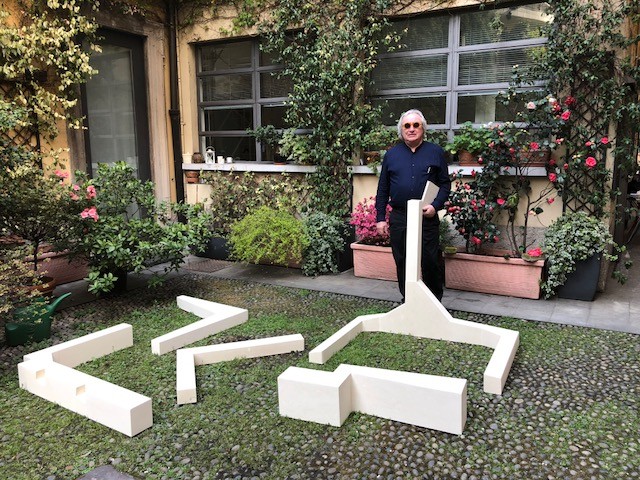