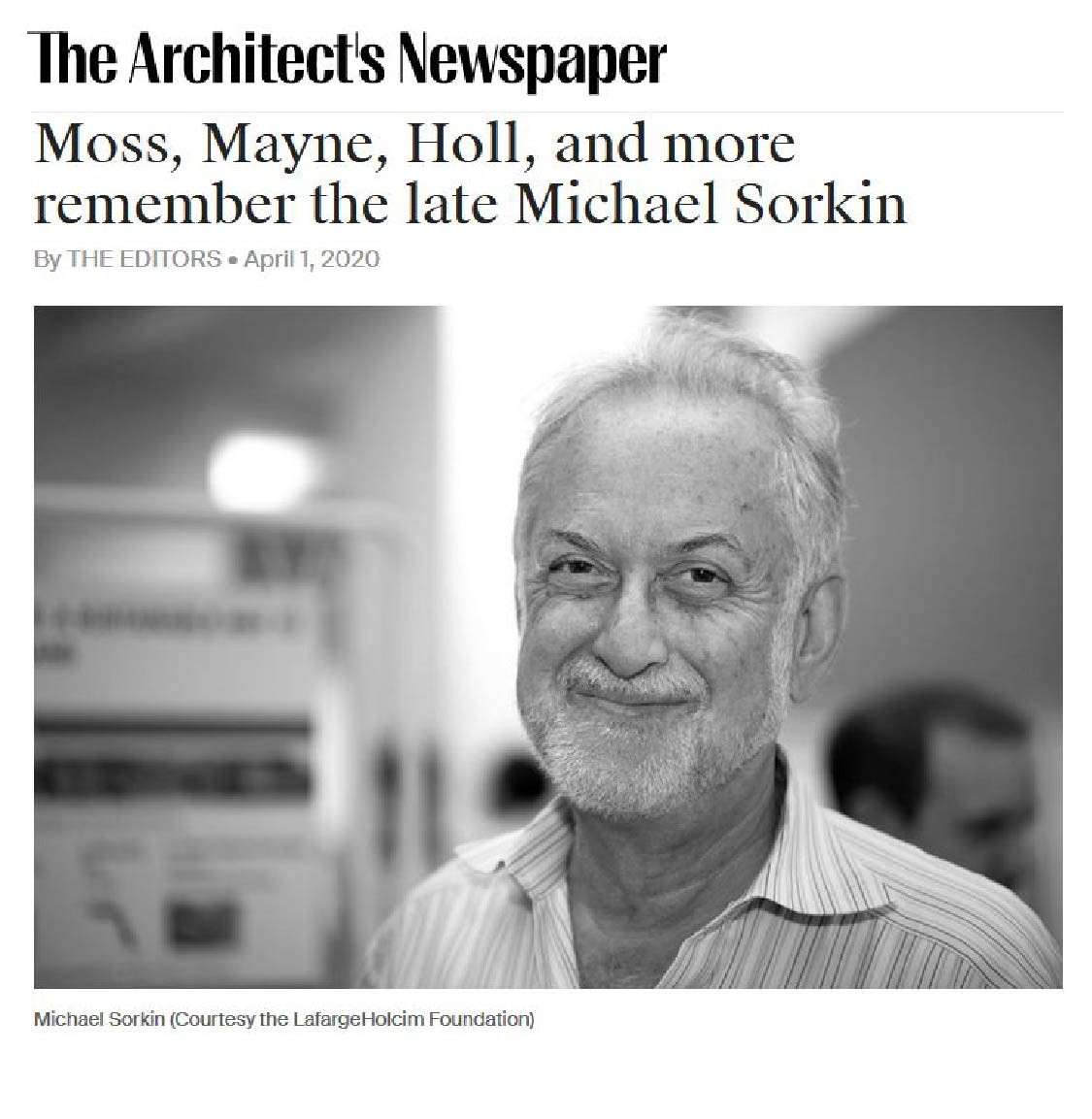 The shocking tragic news that Michael Sorkin (1948-2020) was taken out by the virus today is unbelievable – tragically surreal. I had known Michael for over forty years. He invited me to an event on New Year’s Eve when I first arrived in New York City. He was a very rare architect of deep intellect and sharp wit. He was a champion of remarkable urban visions, and like our close friend Lebbeus Woods, he had fearless convictions about architecture.

Michael was a character like Cervantes Don Quixote in the best way. I remember him saying, “I may not achieve all my visions, but I will die fighting for them.” Let’s pay attention to this tragic moment in humanity. As Malebranche said, “attention is the natural prayer of the soul.”